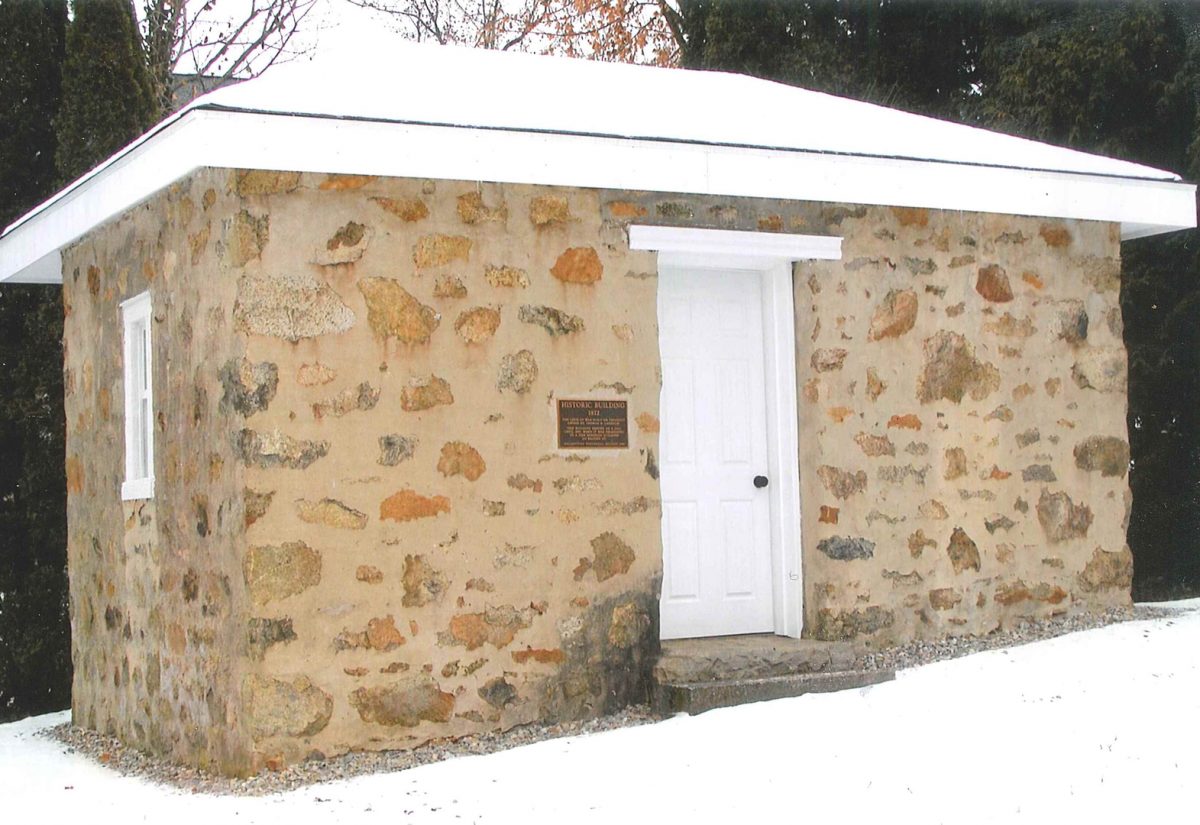 Hellertown Historical Society planned to clean and restore the Borough’s First Jail in order to preserve its historical value. In 2017, thanks to fundraising efforts and the generosity of a member to provide matching funding, we have been able to accomplish that goal.

The jail had a major cleanup of the site, flooring and support beams replaced, a redesign to the structure with a new hip-style roof installed, new wood ceiling, a reconfigured jail cell installed, replacement of the door and jamb and three feet of river stone landscaping round the building preparing it for visitors.

The jail is located on Laubach Street, the alley behind the 1774 Grille and Tap Restaurant at Main and Penn Streets.  However, this site is not accessible by vehicle as it is narrow and no parking available.  It is best to walk to the site.  Interested visitors should watch for future announcements when the jail will be open for visitation and interior tours.

Hellertown Historical Society To Repair/Restore Hellertown’s First Jail – Remember the song from our younger days – possibly the early fifties – that went something like this…”time you’re a villain, time you’re a thief, time you stole your love from me and now I’m….” well…you get the idea. Time is what the Society is all about…that is, preservation of all the many items and memories that collectively make up our historical past.

The jail, which is over 100 years old, has an interesting history. The following is an excerpt from an article written by Alice Lesoravage that appeared in the February 1984 issue of the Morning Call:

“Hellertown’s first jail built in 1872 by Thomas R. Laubach, the first chief burgess, is being donated to the Hellertown Historical Society.  It will be the society’s first building acquisition.

The stone jailhouse structure, located just off Penn Street along Silver Creek, is being donated by Elizabeth Hess of Hellertown, widow of the late Howard Hess, a borough mayor who served from 1946 to 1949 and a descendent of Laubach.  Hess, who also served as a Northampton County Commissioner, restored the landmark building and maintained it until his death last July.

The property and approximately 12 by 14 foot structure which served as the town lock-up for 28 years will be deeded to the society after the property is surveyed later this year, according to a society member.  It is believed that the jail, which was replaced by cells in the borough municipal building, was used primarily by transients and others who paid the borough for their stay by working on streets.”

New membership are not allowed.